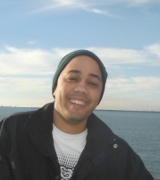 Who Am I? In as few words as possible, I am a New York native living in Atlanta Georgia. Son to a single mother. Brother to four siblings. Father to five children. I spent the better part of a decade in service to our nation as a U.S. Marine before moving to Atlanta Georgia to take a job at a sewing machine parts distributor.

The job was to make a web-site that integrated with the company inventory management system (MAS 90/200) to display current inventory information online www.pd60.net. Which translated to roughly 80% snapping inventory images, 10% folding invoices, and 10% composing HTML/JavaScript. But that 10% was enough to get my foot in the door.

That was about 16 years ago, and I have been building web applications ever since. First for a medical media company (Nucleus Medial Media) as a PHP developer building / maintaining web applications. Later at a web design firm in Atlanta (AirTight Design) as a web developer; More recently as a DevOps engineer, at a global technology services company.

It has been a long, successful and rewarding road. I have developed sites almost exclusively using the PHP language in a Linux, Apache, MySQL, PHP (LAMP) stack (though I've dabbled in JAVA, Python, and most recently GO Lang as needed).

Which brings me to the purpose of this site. The intent here is for this site is to serve as a kind of portfolio; To highlight some of the projects I have worked on; And to help me keep a record of my work. The “projects” portion will be a collection of links and dates with the occasional snippet where possible and appropriate.

“The cobbler's children have no shoes.”

That said, I would be remiss if I did not mention that this site is a personal project that will probably not get the attention it deserves. I will make an effort to, at the very minimum, make the site presentable. And then try to remind myself to keep it updated.